I seem to have run out of steam on agrarianism, and started talking about feminism by accident.  What do you think?  Should I try to wrap up agrarianism with a few more posts, or leap right into feminism because no one actually cares what I think about farming?

However, no debate has started on my post about wifely submission, which I thought was so doggone controversial, so I don't know.  Maybe no one's interested in that either.

This past week has been all full of grief and anguish.  Mainly of the toilet variety.

What I mean is that Michael got away from me for two seconds and flushed a handful of tinker toys down the toilet.  I didn't know that's what it was; all I knew is that stuff wasn't going down anymore.  Luckily it didn't overflow, just filled up and slowly drained again.  Leaving, of course, any solid matter behind.  Woohoo.  There are four poopers in the family, so naturally this was not something we could stand for long.

But plumbers are expensive and we did NOT budget for that this month, so John had to do it.  He bought a snake for $12 and a wax seal for $3, took the toilet off its base, turned it upside down, and snaked two tinker toys out of it.  WIN! 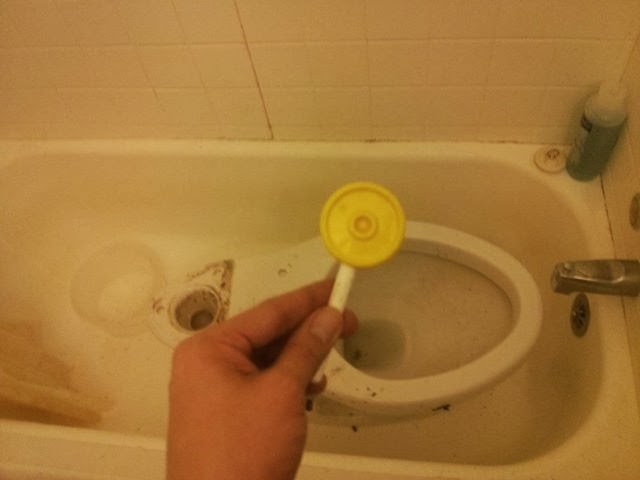 Until he got it all put back together and it was doing the same thing still.  The next day he had to do the whole thing over again.  After some time live-tweeting it, some time pricing new toilets (oh, how I want an American Standard that can flush golf balls without choking!), and some more time snaking, he got one more tinker toy out and we were golden.

And then, because he's an overachiever, he took a couple more trips to the hardware store (you know how you can never go just once?) and fixed the problem it's had for months where it randomly runs.  So despite all the grief and despair and frustration, we ended up with a more working toilet than we started with.  And we didn't have to spend $200+ on a new toilet or a plumber's fee.

When John posted that he was worried we'd have to hire a plumber and we couldn't afford it, no fewer than three people offered to wire us money.  Kinda moved me, that people can be so kind.

And, on the other hand, it kind of ticked me off because we're not THAT poor and there are people ACTUALLY STARVING in other countries and if you have $200 to spend on helping poor people, why not give it to someone starving and we'll just poop in the yard till next paycheck?

Ah well, there's something to be send for charity beginning at home, and it was sweet, so I am grateful.  But I'm glad we didn't need to take money from anyone to fix our problem.  I hope if those people really had that money to spare (and weren't trying to pull it from their grocery budget or something) they found a REAL poor person to give it to.

It's hard to be hard up for cash and not be REALLY poor.  You feel guilty pulling the poor card ("we can't give because we're poor") when you have a refrigerator full of delicious food, warm clothes on our backs, and an excellent credit rating because all your bills are paid on time.  I don't know what to call it.  We are not so poor we need help (mostly).  Just poor enough that the pleas for "just give us what you'd normally spend on fast food in a month!" don't work on us because we don't really have a "discretionary spending" spot on the budget.  We are truly wealthy in every way that matters.  But it is a cross to me to get heart-rending letters asking for help and not having the money to give those charities.

But dang it if we couldn't use a raise this year.  John is supposed to get one, but it's "waiting for approval" still.  So if you feel inclined, say a prayer that we get it.  Or, heck, shoot for the moon -- pray for a new job.  One with less travel.

I am sure pretty much everyone is going to post this week about how cold it was and how they were cooped up indoors for however long.  And yes, it was pretty cold.  We put extra pajamas and blankets on the kids because their room is on the side of the house that the cold wind was coming from.  But other than that, it didn't affect me.  I never leave the house anyway.

Well, not never, but .... in winter .... a week without leaving the house is pretty standard for me.

I felt bad for John having to go out in it though.  It was 25 below at the worst of it, as he was leaving for work.  I don't know when it's ever been that cold here in Virginia.  My broccoli plants, which I was picking teeny broccolettes from up to last month, are now quite dead.

My sister-in-law Therese is going to be visiting us this week.  She's on what John calls her "farewell tour," because she's leaving for the convent.  That makes her the third sister-in-law I've lost to the convent.  And I do mean lost .... what else do you call it when someone chooses a life that means you're not likely to see them again?

It seems in the Catholic world, rejoicing for someone is the only acceptable option.  And it is true that no other person belongs to you or owes it to you to stay local.  But I think a little bit of mourning is in order when you lose someone you love to a vocation you didn't choose.

Also, I have decided to only be friends with my wildest sister-in-law now.  I don't trust the others not to run off and be nuns.

Pic of the kids, because I never post enough of those: 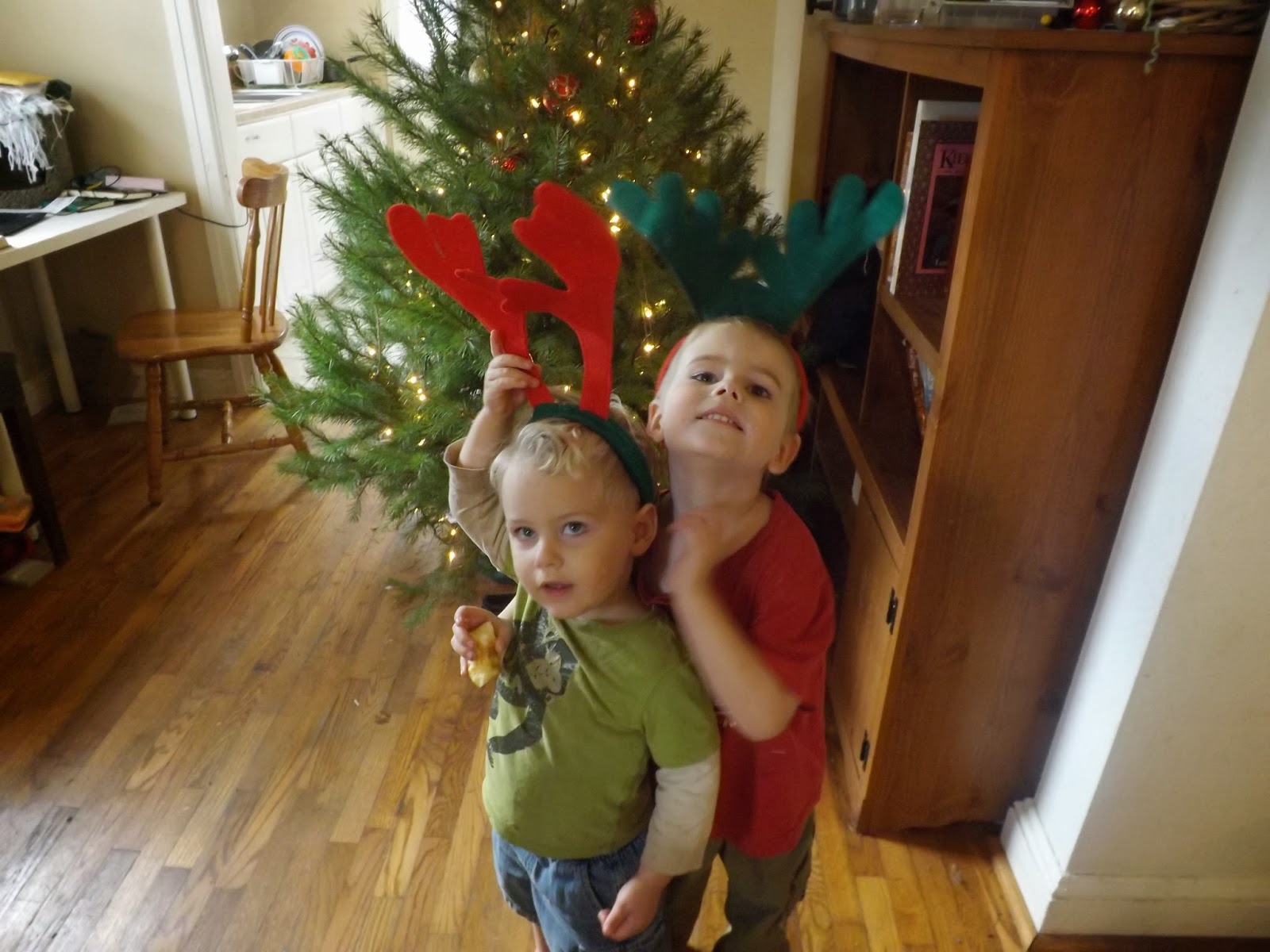 More quick takes at Conversion Diary.
Posted by Sheila at 8:49 AM

Maybe our kids are related?
http://momsomniac.wordpress.com/2011/10/13/what-people-who-dont-have-kids-dont-know-the-comic-genius-of-a-3-year-old-no-really/

Did they all join the same convent?

M, the only reason it hasn't happened again is that I've been watching like a hawk. I tried to install a toilet lock and couldn't figure it out .... and while I was working on it, Michael ran up and tossed in Thomas the Tank Engine! Luckily Thomas can float and I snatched him out in a hurry. But since then we've kept the bathroom door shut tight.

That post is funny ... were you able to fix the toilet in the end??? No kidding about revisionist memory -- I knew a girl who insisted her parents told her she'd been talking at three months old. In sentences. I don't know who was forgetting or lying, but somebody was!

H, yes, they are all at the same convent. And it's in Italy .... waaaaaaah. John's been there twice, but bringing the whole family out there is basically impossible. :(