Terraforming: why? why not? how?

My latest obsession is with terraforming. It started out as novel research: wouldn't it be cool to have a series set in just this solar system, but Mars and Venus were habitable and full of strange plants and animals?

But when I mentioned this idea to people at first, they mostly responded: but why? Why would anyone actually do that? Earth is already habitable, and it has plenty of room. Especially if you don't mind those capsule hotels that are basically drawers. And if you really want to live on Mars, why not hunker down in a lava tube and grow everything you need there? You don't actually need to go outside, much less have plants there.

To which my main answer is, I just want to, okay?

But to spin this out a bit, what I mean is, humans aren't always just focused on survival. We like to have space around us. We don't want to sleep in a drawer and we don't especially want to live in a hole. Some very rational or indoorsy people might like it, but the rest of us are known to tinker with any habitat we have. If the second a human gets a tiny studio apartment, we immediately want a coffee table, it seems to follow that if we had a house on Mars, we'd shortly thereafter start wanting a yard.

And of course there's the disaster preparedness angle. Mars bases tend to assume a helpful Earth that can ship anything needed. The entire biodiversity we rely on probably isn't packable into a lava tube. Did you know, for instance, that heart medications are made from foxglove and tires are made from rubber trees. If you've got a Mars colony, you probably wouldn't have room to grow all that, but you could order a box from Earth.

If Earth became uninhabitable, you would probably be very happy to have a duplicate ecosystem on Mars. And while it's not inevitable that we'll screw up the Earth we have--and it would be a heck of a lot easier to terraform a warmed Earth back into habitability than to start with a completely barren Mars--there are other dangers. I'm currently reading The Calculating Stars, where an asteroid the equal of the one that wiped out the dinosaurs is set to make Earth so hot the oceans boil away. That's the kind of situation that would basically require us to have a backup crash pad - one big enough for seven billion people.


Of course there are also reasons why not to do that. It's hella expensive, for one. Some people think NASA's budget is already too big. If we can't accept small expenditures now, it's a bit of a long shot to think we'd be willing to pay for the centuries-long money pit that a full Martian reno would be.

And then of course there's the ethical question. Who said Mars was ours to change? If there are microbes on Mars we haven't found, terraforming would drive them to extinction. And if anything we might learn from the Martian environment would be lost once we change it. One of the biggest uses of Mars right now is what we can learn from it because it's not like Earth.

Still, I tend to lean toward terraforming if I were queen of the solar system. Humans have always wanted to journey, to explore, to develop new places, and this one, at least, doesn't appear to belong to anyone.

So how would we do it?

The first step would be the hardest, whether we're talking about Mars, Venus, or the Moon: shielding the planet from cosmic rays and solar wind. Earth is lucky that it has a magnetic field already- most planets in the solar system do not. The only other to have one is Ganymede, and that's a bit far from the sun to be any good for us.

Wikipedia suggests the best ways to do that would be either a planet-wide electric coil or a shield between the planet and the sun. Either would be massive and expensive. But it's necessary: the solar wind would strip away any atmosphere, and cosmic radiation would mutate and kill any life, including us. (Something not mentioned in either The Expanse or The Martian is that a trip outside Earth orbit would require better shielding than we know how to make, or else all the astronauts will get cancer.)

Once that was done, we'd have to work on several different goals.  First we'd need to raise or lower the pressure of the atmosphere to match that of Earth. That could involve anything from boring into the planet to release trapped gases to catching comets and slinging them at the surface. Mars has some frozen carbon dioxide that could be released, as well as iron oxide which could be made to release oxygen. (Plus, iron is nice to have.) Venus, on the other hand, has an atmosphere about 80 times as thick as ours, with pressure hard enough to crush any habitat we might try to build. The idea that captures my imagination the most is floating cities up in the atmosphere, held up by balloons of lighter gases (on Venus, even oxygen qualifies). From there you could work on sequestering carbon, adding hydrogen to make water out of the resulting oxygen, and just straight up exporting as much of the atmosphere as you could.

Next we'd want to make the atmosphere something we could breathe. Our bodies are pretty picky about what we can handle- about 21% oxygen is ideal. There must be a very little carbon dioxide, but too much will kill us. The rest can be basically anything nonreactive- helium even, if that's what you had. But nitrogen is ideal, being what we have on Earth and useful in plant metabolism.

The temperature would be tough, because each planet gets a certain amount of solar radiation based on where it is. On Mars, an orbital mirror could increase temperature (and increase the light available to plants). On Venus, you'd want a solar shade. But the temperature would start decreasing on its own, once the carbon dioxide wasn't so thick. A lot of why it's such a hellscape there is just the greenhouse effect. 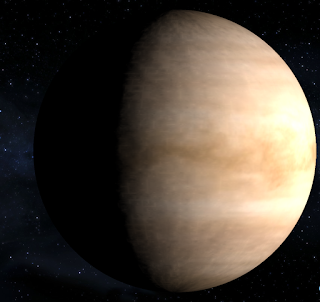 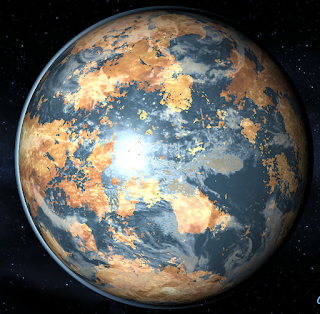 You'd need to make sure there was adequate water. Mars already has quite a lot, frozen in its ice caps and soaking the soil. Otherwise, you might trap some from comets or the rings of Saturn.

Once you had all that, it would be time to plant some trees! You might need to engineer the plants available, so that they could survive in a different mineral balance from that of Earth. You'd also need animals, because plants alone would produce too much oxygen.

Fun fact: even if we found a planet that already sustained life, it wouldn't necessarily be habitable to us. We'd need to get the atmosphere within our own unique tolerances. And then we likely couldn't eat anything there. We coevolved with the plants on Earth. Our bodies produce the enzymes needed to break down those exact types of starches, proteins, and fats, and there's no guarantee another planet's life would store energy the same way.

That would leave us with several options: completely destroy the new planet's biosphere and replace it with our own; create separate enclaves for Earth-origin agriculture; or even modify our own bodies to be able to digest the new foods.

What do you think? Would you like to live on a terraformed Mars?

Art is all from the mobile game TerraGenesis. I'm kind of obsessed with it right now, even if it's not completely accurate and can be frustratingly slow-paced. But the satisfaction of growing plants on Venus really can't be beat.
Posted by Sheila at 8:18 PM No comments: