How to leave the Catholic Church

I've been intrigued by Steve Skojec's last few posts. I disagree with him on most things, to be sure, but where it comes to the Legion of Christ and the traditionalist movement, he gets it. Both groups are high demand and abusive, and he knows that personally.

He certainly sounds to me like he's thinking of leaving the church altogether. In general, I approve: it's not just fringe movements that can be abusive, and as long as you're in the church, you're always going to find more of those anyway. But I also worry a little bit for him. A life inside the church doesn't prepare you very well for a life outside. If he goes dashing outside the church without rethinking a heck of a lot of first principles, he'll run after the next nutty person he sees who promises him the complete ideological purity that attracted him into his first two cults.

That's true of anybody who leaves a church, so I thought I'd write a little how-to guide.

How to Leave the Church 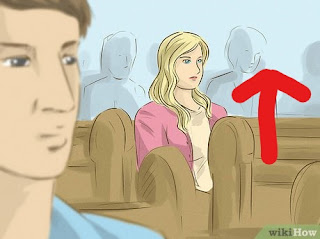 1. Stand up from the pew 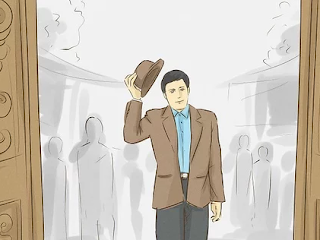 2. Go through the doors, they're at the back 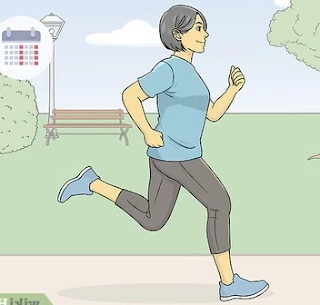 I kid, I kid. It isn't hard to leave the church, once you've made up your mind it's the right thing to do. You simply stop showing up, and if they call you, tell them nobody by that name lives at your number anymore. It's not like leaving the Mormons. They really aren't going to try to stop you. They will, of course, insist that you are  still Catholic, per canon law, and count you in any numbers they keep track of. But you can leave them counting those beans, because you're not there anymore.

But what do you do next?

1. Take a break from religion.

You know how, when you get out of a bad relationship, any subsequent relationship looks so good by comparison? "Wow," an abuse survivor raves to her friends, "he doesn't beat me at all! I had no idea guys could be this good!" And the friends look at the guy and are like . . . "Okay but he still forgot your birthday and expects you to clean up after him, are you sure this isn't a rebound?"

If Steve jumps ship straight into Orthodoxy (as I suspect he will, the trad-to-Orthodox pipeline is well traveled) he'll be so amazed it isn't as toxic as a traditionalist parish that he'll boast about it to anyone who will listen. But that doesn't mean it will be healthy. With a long break (months, maybe a year) without going to church at all, he'll be better able to weigh whether a new church is actually bringing goodness into his life or simply less badness.

Of course you can still pray during this break time, study theology, call yourself a Christian. But a person needs to decompress a little from church. I think the enforced decompression of the pandemic has gotten a lot of people realizing how little they were getting from their churches, how perfectly capable they are of worshiping at home. The churches they return to will be the ones that actually offer something other than obligation.

2. Dig down to first principles.

Steve knows it's wrong for the priest not to baptize his child. But why? Is it because of the first principle "Nobody says no to me, Steve Skojec"? Probably it's more some sense of fairness. The feeling that everyone deserves to get the things they absolutely need. How could Steve extend that outward to more things? If his child deserves baptism, do all children deserve food? What does it mean to deserve something, and how can we obtain for everyone what they deserve?

I highly recommend reading some moral philosophy, or, if you're not up to homework, watching The Good Place. You don't have to have a perfectly spelled-out moral philosophy, but it's good to have some general principles to guide you.

3. No, further down than that.

It's too easy to become exactly the same brand of person you were before, sans church membership. To keep the same politics, the same biases, the same ingroup. People like Jordan Peterson, whom Steve Skojec likes so much, promise to let you do that. Here's a non-religious defense for all the same things you thought before!

The world does not need more repackaged, atheist patriarchy, homophobia, or hierarchies. You don't need to do evo-psych to work out why the same moral code you had before is scientific. It doesn't actually work that way. It's like when Aquinas tried to make Aristotle prove the church was right about everything. If the church is wrong about some things, what else could it be wrong about? Maybe it was wrong about gay marriage, or monarchy.

It's easier to keep mostly the same opinions you had before. If the church taught you to be constantly afraid, constantly angry, about "how the world is going," it will be hard to change your point of view. But Steve believes, as I believe, that one has a responsibility to know the truth. What if all of that was fear tactics? What if the way you vote, the things you promote, or the condemnations you've pronounced have done harm? Reconsider everything.

Take your time. You don't have to have it all worked out right away. Catholics will demand, "So are you contracepting now? What do you think about abortion?" It's okay to say, "I'm still working all that out." In fact, that's almost the only answer you can say that won't get you attacked with either, "Here's why you're wrong," or "If you agree with the church on that, you should just be Catholic again!"

You know how Lot's wife was turned to a pillar of salt for looking over her shoulder? That's a terrible story, the bible is messed up. Anyway, there's an impulse after leaving the church to keep obsessing over it. You study the theology you already know, in order to reassure yourself that you weren't making up the problems. You keep talking with Catholic people, maybe arguing with them to get some kind of closure, a point where they admit you did the right thing by leaving. (You will not get this.) You can even make an entire living, like Rod Dreher does, out of criticizing the church you're no longer a part of.

It's one thing to do this for a little while. Maybe it's even healthy. But if it's been a year and you're still mostly surrounded by Catholics, reading Catholic blogs, coming up with ever more airtight refutations of Catholic teaching . . . it might be time to move on a little bit. That history is always going to be a part of you; you don't have to pretend otherwise. But it can be like picking at a scab a little bit. Leaving the church is painful, and constantly putting yourself back into that mindset keeps that pain going.

Find some non-Catholic friends, both ex-Catholics and never-Catholics. (The former get you so well. The latter remind you that you have to have something else to talk about besides that.) Have new interests and hobbies. Get, eventually, to a point where having been Catholic is just one thing about you. (I'm not going to claim I'm fully there.)

5. Replace those things that actually helped you.

When I first left the church, I tried to replace all of it: the prayers, the holidays, the songs. The church was just such a big part of my life, I felt like I needed all of that. These days I don't do so much of that. Many of the things I used to do, I found I didn't really need, so they fell by the wayside.

You have to ask yourself, what have you been relying on the church for? For good reason,* the church doesn't encourage you to think about what you're getting out of it, but it's very likely you did get something out of it. A way to self-improvement, some daily or weekly meditative time, a coping mechanism for anxiety, an opportunity to do charitable work, a community of like-minded people. Where can you get those things? It doesn't have to all be in the same place.

(*it's because if you actually kept a tally, you'd see you give much more than you get, and very often you get nothing)

There's one thing, though, that you shouldn't replace. Don't replace one all-inclusive, package vacation to truth with another. The church claimed to have all truth so you never needed to go elsewhere. Don't find some other organization or guru and eat up everything they say. Don't fall for ideologies that claim to explain everything. Everything is not privilege vs. oppression. Everything is not order vs. chaos. Everything is complicated. Listen to a variety of people, read different sources, keep thinking.

When you're newly out of the church, you're recovering from two traumas. One of them is leaving the church, and the other is the time you spent in it. Depending on how it went for you, those may be more or less severe.

Your time in the church might have loaded you down with:

These aren't things that will leave you all at once. As a result, when you leave the church you may find yourself feeling worse at first. You might have rationally worked out that there is no hell, but when it's 1 am and you can't sleep, you might still feel afraid of it. This isn't a sign that you did the wrong thing necessarily; it's just that you were taught to be afraid of certain things and that lesson went deeper than reason.
Meanwhile, leaving the church can cause problems like:
I hit many of these things very hard. I worried all the time that one of my children would die and it would be my fault and they wouldn't go to heaven because there wasn't one. I cried because Jesus had been my best friend. I lay awake at night because I was afraid I would go to sleep and not wake up, and never have a chance to do anything different with my life.
You see why it's so tempting to jump into the first religion or ideology that presents a soothing answer. I'm not saying you shouldn't, at some point, find one. But it should be after you've done a little healing on these things, so you're not just trying to fill a church-shaped hole.
I can't get you through any of this with a blog post. It takes time and emotional processing. It might take therapy. But I will tell you it gets better. You're living each day without whatever pain the church was causing--which, as you go on, you'll realize was more than you thought. And you find new ways to cope with the different pains of human existence, things the church once answered for you.
I hope that helps.
Posted by Sheila at 10:36 PM 6 comments: