I'm not an environmentalist, but ... 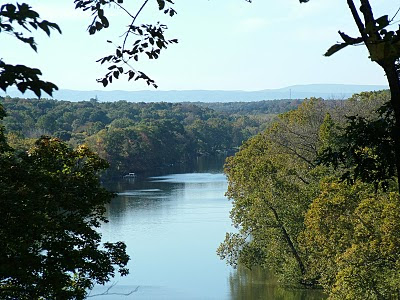 It doesn't have to be a big company--we only drink bottled water here, because of a little mom-and-pop dry cleaner's that was in business for 40 years, quietly burying their used treatment chemicals (no one knew any better at the time) in regular old 50-gallon drums along the north edge of the creek.

The contaminated wells are sealed and the water supposedly safe, but I refuse to drink it.

I totally agree with you and I've said the same line before too! "I'm not an environmentalist, but..."
:)

Fidelio -- yikes! I guess this is more common than I knew about!

44socks -- clicked over to your blog, and it looks like you are exactly the same kind of parent as me! Only, of course, five kids ahead. Someday ...

Anyway, I subscribed and am now clicking around reading stuff. I like what I see. :)

Excellent post, I agree. A distant, far-off goal of mine is to transition to a much more natural lifestyle - more organics, more shopping from small businesses, fewer disposables and oil-derived products and packaging. It seems so huge an ordeal. But I think we're all up to it if we give it a shot. Every little bit helps. Changing to cloth menstrual pads from disposables was a big step for me!

A big goal for me is just to buy less. With Walmart producing so much cheap stuff, we could afford to buy more than we do, but I don't think it would make us "live better." If we're likely to throw it away a year from now, it's better not to buy it in the first place.

Then, when I have more money, I can buy more organic and local stuff. For now, environmentalism only wins out when it's partnered with frugality.

Sheila, thanks for subscribing! :) I'll see you around there, maybe.

"I come from the Northwest ... We just don't deal with this kind of pollution."

Oh, that's you? I never found your blog under your usual profile, so I thought you didn't have one! I do try to visit my usual commenters' blogs, so sorry I missed you till now.